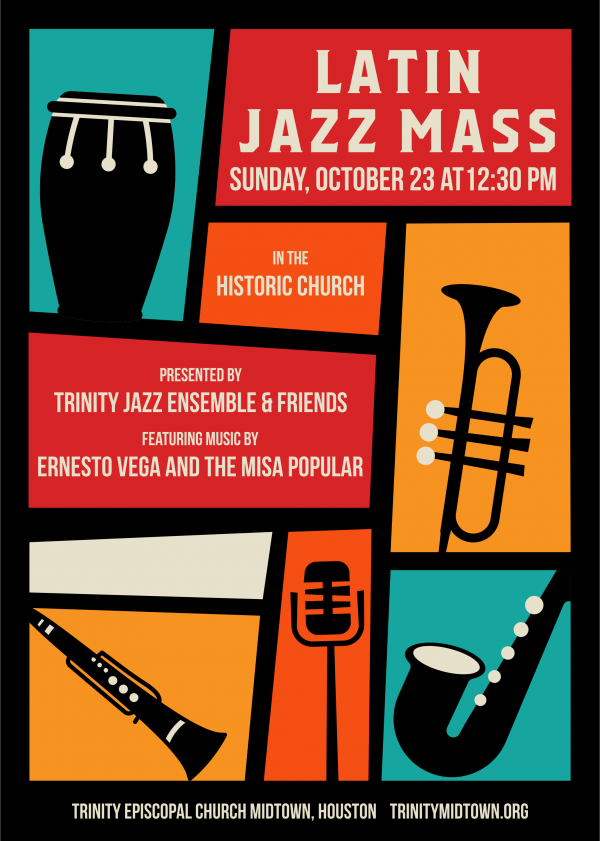 What: Latin Jazz Mass
When: 12:30 p.m. Sunday, October 23rd
Why: Return of our Signature Music Masses since Covid
Who: Original music of Ernesto Vega, featuring musical guests and the Trinity Jazz Ensemble
led by April Sloan-Hubert and Pelayo Parlade.
Where: Trinity Episcopal Church Midtown, 1015 Holman Street, Houston, TX 77004
How: God’s grace
When you enter the doors of the historic church at Trinity Episcopal Church in Midtown at 12:30
p.m. Sunday, October 23, you will be transported into music heaven as we celebrate the return
of our Signature Music Masses and our first one after Covid with the Latin Jazz Mass.
“We are highlighting the original music of our very own Ernesto Vega with arrangements of the
music of the Salvadoran Folk Mass Trinity commissioned in honor of Saint Oscar Romero. This
Latin Jazz Mass is part of our ongoing celebration of Latin American culture and spirituality
during and beyond Hispanic heritage month,” said Trinity Rector Hannah Elizabeth Atkins
Romero.
Virtuoso clarinetist Vega, who hails from Cuba, has been a part of the Trinity Jazz Ensemble for
five years, where his soulful saxophone solos bring high praise. He is excited about the
opportunities the Latin Jazz Mass will bring to the special service.
“The music will be great with some of the Cuban rhythms with the congas and drums. We will
have five original instrumentals and have arrangements with April with brass. This is something
that is not very common. We will have congo, drums, and some Afro- Cuban original music,”
said Vega.
The musicians are Salvator Velasco on Trumpet, Gabriel Santiago on bass/guitar, Jalidan Ruiz
on congas, and Orlando Fuentes on drums with the lush vocals of April Sloan-Hubert featured
on Vega’s arrangement of the popular “Estamos Ai”.
In addition to the music of the Salvadoran Folk Mass, featured music includes “Drume Negrita,”
“El Banquete,” and “Solo Tu Eres Santo.”
“This is very special,” said Vega. “Trinity is one of the most supportive places for musicians. It is
a privilege and honor to do the music.”
All are welcome. Free parking is available across the street from the historic church at 1015 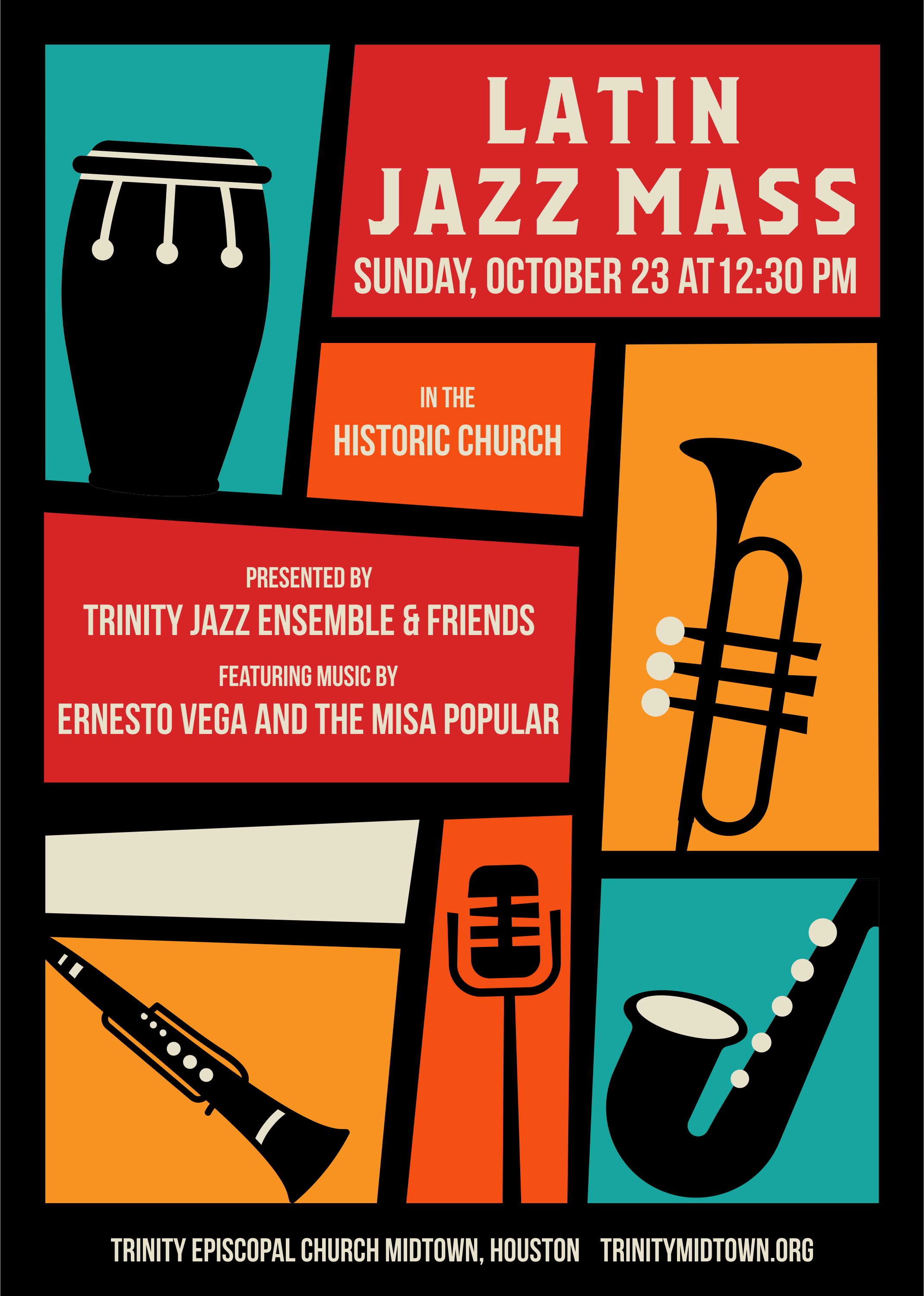